Having Some Fuel Pump Problems?

The fuel pump serves a core function when it comes to the operation of your vehicle. The fuel pump moves fuel from the tank to the engine. You need spark, compression, and combustion/fuel for your engine to operate correctly.

Luckily were going to help you diagnose it correctly and figure out if you have fuel pump problems or if it’s something else!

The fuel pump itself is actually super easy to diagnose if it’s defective or not. The fuel pump is mounted inside of your fuel tank. If it’s inside the fuel tank though, what makes diagnosing it easy? It’s quite simple, all you need is your ears.

When you get in the vehicle the first step is to put the key in the ignition and turn it to power only. You will not want to start your vehicle here, only  get your lights/interior accessories to kick on. While turning the key listen for a humming noise.

While the key is being cycled on and off, you should be able to hear the fuel pump hum, indicating it is getting power and turning on.

This is the easiest way of ruling out the entire fuel pump assembly. Just by simply listening, you can determine whether or not it needs to be replaced. If you hear it kick on, it’s probably something else, if not, keep following along!

No Start No Hum!

If you followed the above steps and you DID NOT hear any humming, then chances are something is going on with the fuel pump. This means the engine isn’t getting enough fuel to operate it which can cause it to not start or sputter while operating.

The goal is to not panic yet though. We need to start with a very common and often overlooked step in the repair of your fuel pump. Fuses and relays. Most vehicles these days have a relay and fuses that control the fuel pump.

This is what a fuel pump relay looks like.

They are usually located under the hood in the fuse panel box. Take off the cover and try swapping some relays around. For extra credit, just replace the main relays and fuses all related to the fuel pump. These are typically cheap and can save yourself a ton of time and money.

If you installed/verified your electrical section of the fuel pump and it still doesn’t kick on, then we need to investigate the concern further.

While you have been cycling your key and trying to get the fuel pump to kick on and off, make sure you pay attention to your sense of smell. If at anytime you smell fuel, grab a light and look under the vehicle and in the engine bay.

You may have some lines leaking causing fuel to shoot out from the car rather than be delivered to the engine correctly. Now if this were the case you would still hear your fuel pump kick on, however this is a great starting place.

Start under the hood and look for any signs of moisture/fuel smell. Once you have finished your inspection under the hood, move towards the back end underneath the vehicle. When you are under the vehicle in the rear you should see your fuel tank.

From the tank there will be fuel lines and electrical connections, make sure none of these are leaking and that everything is plugged in and connected. If you have confirmed all of this then we can  move onto the actual fuel pump assembly.

We have pretty much narrowed down all of our options at this point to the fuel pump.

The fuel pump has a “float” on it. When you fill your car up, this leg/float lift up and suspend itself in the fuel. This tells your vehicle how much fuel is actually inside the tank. This specifically operates your fuel gauge in your dash.

If the float fails or no longer operates correctly, this could be a large possibility on why your fuel gauge wont work.

If you need to replace your fuel pump at this point, do not panic, it’s not that bad.

There are typically 2 different ways to replace the fuel pump assembly. A easy access slot, or by dropping your fuel tank.

Some vehicles have a easy access port you can get to. Some are in the trunk space area under the carpet, and some are under the rear seat. When you remove this cover you will be right on top of your fuel tank where you can remove the fuel pump.

If your vehicle does not have a access port, then you will need to drop your fuel tank. We promise though it isn’t that bad.

Out With The Old!

If you ever need a great replacement fuel pump, check out Spectra! To remove the fuel tank from the vehicle correctly, all you need to do is unhook the fuel tank straps from the bottom. Try to time this around the point where you need to refill on gas again so the tank is almost empty. This will help remove excess weight and make the tank removal much easier.

Once those are out of the way, place a jack underneath the fuel tank to support it. Once it’s supported, remove the tank straps and lower the tank. Pull your jack supporting the fuel tank out and remove it from the vehicle.

You will now have your fuel tank laying on the ground. Using a punch/hammer, gently tap the lock ring to loosen it and remove the fuel pump assembly. Your new fuel pump should come with a new float and all the pre-installed.

If it did not, than typically  it just snaps into place. Make sure you clean your tank incredibly well before reinstalling.

Installation is the exact same as the removal, just repeat the same steps but backwards to reinstall the entire thing. Make sure while reinstalling you replace the fuel pump seal and lock ring.

Once you have everything hooked back up all that’s left is to check everything. Try and start your vehicle, it might take a few before it actually starts. The fuel rail has to build up pressure and fuel again in order to give a constant supply to the engine.

IF the vehicle does not start, than you should move onto a fuel pressure test. If you have followed along all the way through, then you have done everything you can with your fuel pump. You’ve checked lines, electrical, and all mechanical possibilities.

If you still suspect you have fuel pump problems it might be time to see an official mechanic at this point.

But don’t forget to check out our guide to solving brake pad problems as well! We will see you next time! 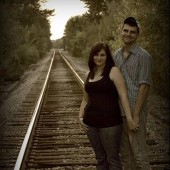 Hi guys! Hope you are enjoying your stay at DIY Auto Restoration. I hope you are all learning something from our huge library of content! I am the founder and if you have any questions, take part in our social media and get in on the discussion! Send us a private message for direct inquires!

Signs Your Cv Shaft Is Bad!

How To Clean An Engine Bay!

How Many Spark Plugs Do I Need?

How Long Will A Car Last With A Blown Head Gasket?

Welcome To The DIY Community!

Share This
We use cookies to ensure that we give you the best experience on our website. If you continue to use this site we will assume that you are happy with it.Ok